SMOTHERING AND BEAR HUGGING (a.k.a. The Third and Final Entry for the Creative Writing Ink Writing Prompts Competition)

Third time's a charm, a magic number and three times a lady - http://creativewriting.ie/writing-prompts/ 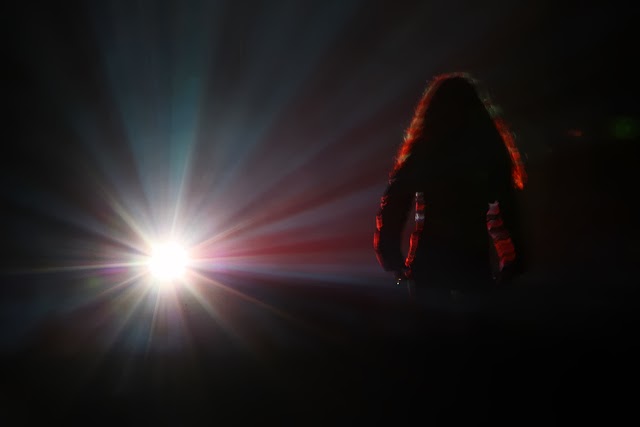 The thing about sci-fi conventions is that they always expect you to wear the costume. Regardless of the heat, your mood and how far you need to walk to get back to your bloody car. This costume is surprisingly movable in the lower portions but the feathery volcano that is the head has only very thin slits to see through which can, and usually do, cause dizziness. Not to mention it's sweltering in here.
I'm not sure how this particular monster has become iconic in the show's history, it's lumbering with limited movement and it doesn't even have any claws. I asked for claws on the first day of shooting but they told me to leave it off. Well actually, what the director said was, 'the monster is like granny's knitted jumper or a big teddy bear at first but then reveals itself to be a rather crafty predator, smothering and bear hugging. What we're wanting here is for no-one to look at anything fluffy in quite the same way again.'  'Fair enough,' I said. Work was hard to come by in those days so I left it at that.
When would be a good time to take off this head? There seem to be fans everywhere, I can barely distinguish them from average citizens anymore. There's a short cut between those two buildings if memory serves, I'll probably do it there. Unless I'm followed. Unless one of those fan boys has a thing for fuzzy monsters. Wouldn't put it past a few of them.
Just a couple more crossings. The eye slits seem to have shrunk, filled up perhaps. I'd be able to gouge them open again if I had claws but no. The heat's getting ridiculous now, all over. Just like grandma's knitted jumper. Only four more conventions this year, a month before the next. Sheffield, posh hotel. Should be nice.
That car's coming up rather fast. One headlight on full blast. Ha, that rhymes. I'm a poet. I'm a teddy bear. I'm a fucking fuzzy monster.
It's swerving. Oh shit.
'Hey, mate.' that a man's voice? 'Hey, mate. You're from that show, aren't you?'
'Y-yes.'
'Awesome.'
Right. Off with this bloody head. 'You missed the convention, mate. Now I'm just a bloke burning up.'
His face falls. 'Oh. Okay.'
'See you next time.'
'Yeah.'
I step back up onto the pavement, let him past.
The car's not too far from a petrol station, is it? I'll change there.
Posted by Owen Townend at 11:23