My Top 5 Favourite Films About Writing

I've finally got my finger out of my bum! Huzzah! (Well sort of).

Whenever I struggle to get any writing out, I have a habit of watching movies instead. It is procrastination but it can easily be worked into a creative aid, particularly if I waste my time watching films about writers and the writing process. It's odd but watching such movies infuses me with the sort of enthusiasm I can rarely churn out all by myself. It's kind of like spending time with other writers without the threat of pretentious pontificating of the medium or other ego massaging activities. Furthermore most films about writing are to do with writer's block brought about by lack of enthusiasm and/or discipline which is often what grinds me to a halt. It's cathartic.

I love each and every film about writing a little bit and for so many different reasons but I do have some particular favourites I keep coming back to. Here are the top five. I've included a few interesting facts for all my fellow movie buffs out there. I'm sure you know most of them already but it's always good to check. 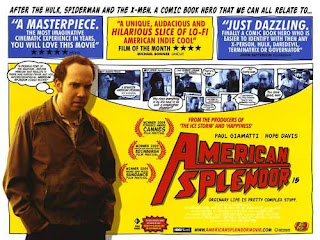 
Why I like it: American Splendor is one of those rare films with one foot in documentary and the other in biopic, darting between both with artful skill. It's a new platform for Harvey Pekar to display his gruff yet humble worldview, so much so that it even incorporates the movie making process. Paul Giamatti plays Harvey Pekar with gusto and sensitivity, successfully coming across as the underground comix writer even alongside the writer himself. Harvey Pekar, in any of his incarnations, will be sorely missed. 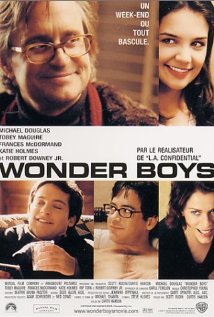 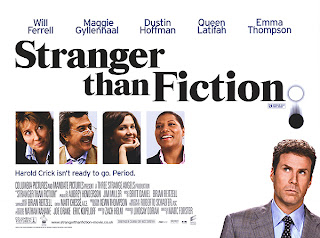 Director: Marc Forster
Writer: Zach Helm
Stars: Will Ferrell, Emma Thompson, Dustin Hoffman
Synopsis: Harold Crick, an IRS auditor, suddenly finds himself the subject of narration only he can hear: narration that begins to affect his entire life, from his work, to his love-interest, to his death.
Why I like it: The other films on this list address the world in relation to the writer but not the character. Mortality has never been so preordained or poetic than in Stranger than Fiction. Will Ferrell tidies away his usual brand of humour to create a gentle lonely man and Emma Thompson is magnificent as a blocked writer with a predilection towards killing her protagonists. The ending disappoints me a little but it fits nicely with the rest of the story nevertheless.
Awards: National Board of Review - Best Original Screenplay (Zach Helm)
2. BARTON FINK (1991) 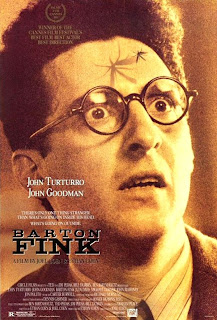 Director: Joel Coen
Writers: Joel and Ethan Coen
Stars: John Turturro, John Goodman, Judy Davies
Synopsis: Barton Fink, a renowned New York playwright, is enticed to California to write the screenplay for a wrestling movie and discovers the hellish truth of Hollywood in a lonely hotel room.
Why I like it: Everybody's seen at least one Coen Brothers film. If not, then they really should. Barton Fink is essentially a film about naivety, stagnation and writer's block. It tops most 'Films about Writing' lists and for good reason; the Coen Brothers wrote this while trying to write another screenplay, Miller's Crossing. So maybe procrastination isn't always bad. John Turturro delivers a fine performance but John Goodman absolutely steals the show.
Awards: Cannes Film Festival - the Palme d'Or, Best Director (Joel Coen), Best Actor (John Turturro).
ADAPTATION (2002) 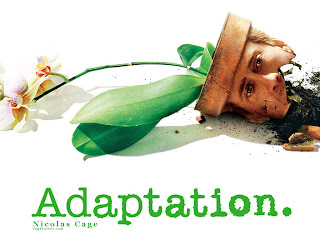 Director: Spike Jonze
Writer: Charlie Kaufman
Stars: Nicolas Cage, Meryl Streep, Chris Cooper
Synopsis: Charlie Kaufman, a lovelorn screenwriter, turns to his less talented twin brother Donald for help when his efforts to adapt non-fiction book The Orchid Thief go nowhere.
Why I like it: Charlie Kaufman is a genius. When he couldn't write a script about a book with no story he wrote a script about himself struggling to write that script. And he made it work! Nicolas Cage turns out a surprisingly tasteful performance as both Charlie and Donald Kaufman. The Orchid Thief: A True Story of Beauty and Obsession by Susan Orlean is a book that actually exists!
Awards: Academy Award - Best Supporting Actor (Chris Cooper), BAFTA Award - Best Adapted Screenplay (Charlie Kaufman).
HONOURABLE MENTIONS